Jason Rezaian is on his way home 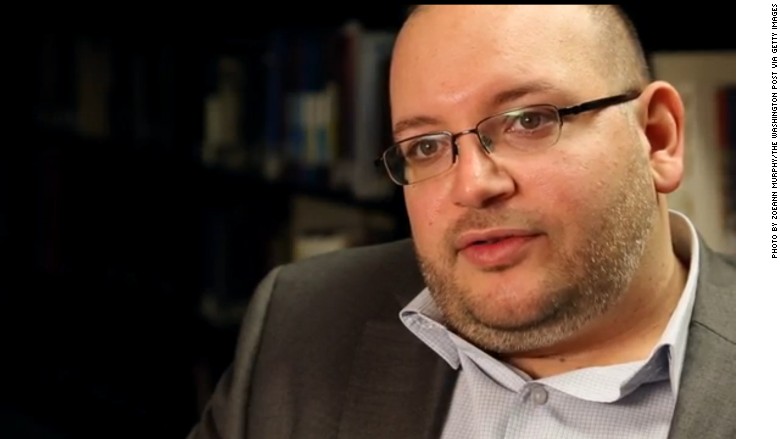 Jason Rezaian is free from Iranian custody. And The Washington Post is elated.

For the past 18 months the Post has lobbied for the release of Rezaian, its Tehran correspondent.

“We are relieved that this 545-day nightmare for Jason and his family is finally over,” Post publisher Frederick J. Ryan Jr. said Sunday morning, minutes after the plane carrying Rezaian lifted off from Tehran.

“Wheels up” emails were exchanged among Post executives. Marty Baron, the paper’s top editor, tweeted the hashtag #JasonIsFree, a replacement for the protest hashtag #FreeJason.

Rezaian and three others were freed as part of a prisoner swap that was announced on Saturday.

Rezaian’s brother Ali said “Jason’s release has brought indescribable relief and joy to our family — this nightmare is approaching an end.”

He added, “Today is an incredible day for all of us.”

Ryan similarly described the atmosphere at The Post as “elated.” He said Rezaian’s wife, Yeganeh Salehi, is on the same flight out of Iran.

That is significant because Salehi was detained at the same time as Rezaian in July 2014. She was later released, but remained under threat of prosecution.

Ryan’s statement noted that Iran also released other Americans and said “our hope is that those who remain held will soon follow.”

Rezaian and the other former prisoners are expected to travel to Switzerland, and then to a U.S. military hospital in Landstuhl, Germany.

“After enduring such deplorable conditions and inhumane treatment, the top priority now must be Jason’s health and well-being,” Ryan said.

Another Post employee, speaking on condition of anonymity, pointed out that no one has seen photographs or videos of Rezaian during his detention.

“We’re all really anxious to see photos,” the employee said.

In the newsroom there is an “incredible sense of relief” that Rezaian has finally departed Iran, the employee added. But there isn’t much time for celebrating; there’s a big story to cover.

“Most of the discussions of the past day have been about the work and reporting,” they said.

The Post has been widely praised for its aggressive efforts to secure Rezaian’s release.

“I don’t think I’ve seen a U.S. news organization advocate for one of their journalists as well as WaPo did with Rezaian,” Arash Karami ‏of AI-Monitor tweeted.

Baron and foreign editor Doug Jehl “fought like hell for Jason Rezaian. Showed us what it means to be an editor. Proud of them. Did not leave their guy,” National Press Club executive director Bill McCarren tweeted.

Journalists around the world joined The Post in calling for Rezaian’s release. Ryan expressed “deep appreciation” to “the many government leaders, journalists, human rights advocates and others around the world who have spoken out on Jason’s behalf.”

He added, “We look forward to the joyous occasion of welcoming him back to the Washington Post newsroom.”

While Rezaian has been freed, the Committee to Protect Journalists noted Iran’s disturbing treatment of other journalists.

“With 19 journalists behind bars, Iran was the third worst jailer of journalists in the world in 2015,” the nonprofit group said.