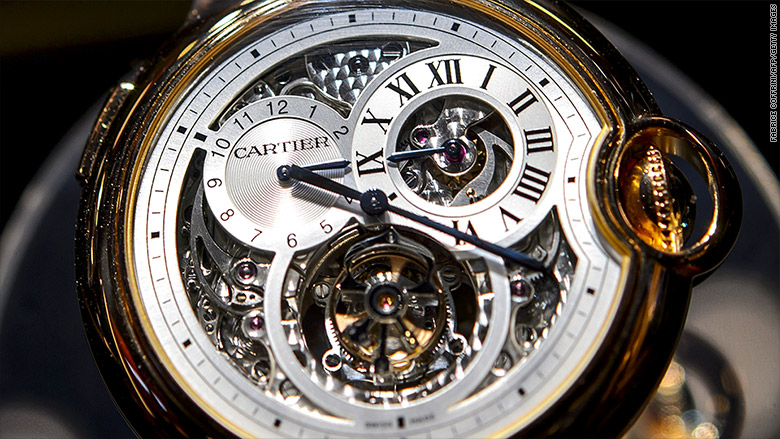 Richemont (CFRUY) shares crashed 7% on Friday after it shocked investors with poor sales in Asia and the loss of a key executive.

The owner of brands including Cartier, Piaget and Chloe said global sales grew by just 3% in the six months to September, as sales in Asia plunged 17%. Profits for the period also came in below expectations.

In its report, Richemont said there had been a significant sales decline in Hong Kong and Macau, but growth had resumed in mainland China.

Richemont is seen as a bellwether for luxury brands, and shares in Louis Vuitton (LVMUY) and Swatch (SWGAF) both fell by around 5% on Friday.

Vigneron has a long history with Richemont, where he worked mainly for Cartier between 1988 and 2013.