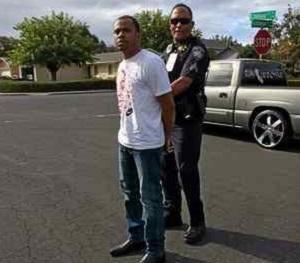 We routinely advise our clients who are interested in marketing their own rentals to be very mindful of the information they share about their rentals, specially if they are vacant.   The article blows shows how some scammer are able to take advantage of a vacant home by collecting deposits from multiple applicants.

That’s why you need to set up an Google Alert with the information on your rental so in case anyone posts the same information online, you will be notified. If a deal on a rental house appears too good to be true, it probably is.

That’s what detectives in the Vacaville Police Department are reminding people who are looking for a house to rent.

Police arrested two suspects Tuesday after they attempted to rent out a vacant house in the Foxboro neighborhood that they don’t own, said Vacaville Police Detective Nichole King.

The two suspects posted a Craigslist advertisement for the bank-owned house and were attempting to get a $3,000 rental deposit from one or more potential renters, said Vacaville Police Detective Aaron Potter said.

They even went so far as to change the locks on the house, King added.

Carl Jefferson, 29, from the Bay Area, was arrested for allegedly trying to rent out a house in the Foxboro neighborhood that he doesn t own. Courtesy photo Vacaville Police Department

Police received a call yesterday morning from the real estate agent that is selling the house, King said.

The real estate agent had discovered there was a rental listing on Craigslist for a bank-owned house she is selling, King said.

Someone who saw the ad on Craigslist — a four-bedroom house in the Foxboro neighborhood for $1,600 — thought the listing seemed fishy, Potter said.

The potential renter did a Google search on the property and found the house was actually for sale, he said.

The real estate agent, who had been a victim of fraud before, alerted the police, King added.

“She is diligent and aware,” King said, commending the real estate agent’s action.  Police were able to contact the suspects in front of the vacant house yesterday morning.

Carl Jefferson, 29, and Rasheed Adkins, 37, both of the Bay Area, were arrested on charges of conspiracy and fraud, Potter said.

Renters should be aware of scams in which criminals try to rent out vacant properties that are often bank-owned, Potter said.

“This is a fairly common fraud unfortunately,” he said.

Scammers will look around for vacant or foreclosed homes to try to rent out, King said.

“They can tell people aren’t coming to the house that often,” she added.

The scammers will then demand a deposit from a renter in cash or with some other untraceable money exchange, such as PayPal or a prepaid Visa card, the detectives said.

Renters should be suspicious when an owner appears to be very loose with the rental terms, Potter said.

Scammers will do things like allow all kinds of pets in the house or offer one month’s rent for free, he added.

“That should raise a red flag,” he said.

The detectives encourage people to check into a property owner’s history.

Police are encouraging people who think they may have been a victim of fraud committed by the two suspects to call Potter at 469-4827.