Quinn: The housing crisis ahead of us 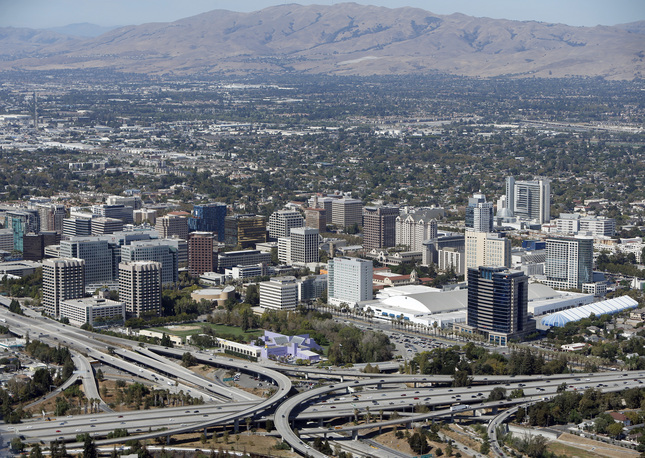 What if this tech boom is, gulp, not a bubble after all, but a major, sustained period of growth?

What if rather than tech corridors popping up all over the country, the need for a company to be here, of all places, only intensifies?

Where are the extra people going to live? Where are those 2 million additional people expected to flood the region over the next generation going to sleep?

These are some of the questions I’ve pondered as Apple gobbles up land in North San Jose, LinkedIn and Google tussle over swaths of real estate in Mountain View, Facebook’s workforce of 9,000 is predicted to grow as much as 20 percent annually and Toyota announced it is opening a $1 billion new innovation hub.

Global demand for tech products and services means a prosperity bomb is going off in the Bay Area that will reshape the region for decades to come.

In many ways, the impact is already being felt. Regional planners, in 2010, did their best, but they underestimated the five-year employment growth here by a whopping 90,000 jobs.

People grouse about the highway traffic, the crowded roads and inadequate public transportation. But that’s just a symptom of our current situation with jobs in one place and housing in another, says Steve Heminger, executive director of the Metropolitan Transportation Commission.

“Transportation is a servant, not the master,” he said. “There’s a massive imbalance; the transportation has to work that much harder to serve the pattern we’ve built.”

Feeling crowded now? Expect to feel more so. Looking ahead, one high-growth projection is that by 2040, jobs will grow 32 percent — an extra 1.2 million jobs — on top of the 3.7 million already here in the nine-county Bay Area, according to a new report out by the Bay Area Council Economic Institute.

The Bay Area population is projected to rise 30 percent to 9.4 million by 2040, up from 7.2 million in 2010, according to updated projections from the Association of Bay Area Governments. This is a tsunami of people that the region, with its geographic constraints, will somehow have to absorb. Try 800,000 more housing units.

Of course, we need a strong regional response, as uncomfortable as that may be for those who eschew change. Cities that enjoy their roles as Bay Area job centers need to step up and allow housing projects. Residents in those cities need to vote in officials who support growth. Companies need to invest in offices that put jobs closer to where people live or near public transit. And homeowners like me who bought a while ago need to accept that things have changed and be open to accepting more neighbors and using public transportation to get around. Driving over the Bay Bridge in 20 minutes is not a birthright.

In the meantime, there’s sort of a self-help movement percolating among companies.

Later this month, Box, the enterprise content management and collaboration firm, is moving about 1,000 employees from Los Altos to its new headquarters 13 miles north in Redwood City in part to be closer to transit and where workers live. It will move into two buildings — one four stories and the other seven stories — giving the firm more room to expand.

Jiff, a health benefits software firm, recently left its Palo Alto headquarters to set up two main offices in other Bay Area locations in order to offer its 115 employees more flexibility. Its Mountain View office is where most of its engineers come to work. Its Oakland office — where some employees commute from San Francisco — tends to be for its sales and marketing staff.

The Oakland location gives employees more options for housing, said John Kemmerer, Jiff’s vice president of finance. “We are in a better position to grow,” he said.

Not only is there pressure to build, but also to tap the unused capacity of existing residential structures. Residents should be encouraged to rent out rooms, and cities should make it easier to get permits for in-law units.

This is the new Gold Rush after all, but at some point the unmet demand for housing at various price points will squelch this growth.

“How much housing we build will influence the jobs that are created here,” said Cynthia Kroll, chief economist at the Association of Bay Area Governments.

Young workers without families can continue to cram into apartments and homes in and around San Francisco, and the thriving businesses that hire them will keep creating new jobs. But that formula changes as maturing firms come to depend on more experienced middle wage workers and people with families. As the housing noose tightens on the region, they will find it hard to expand here. They will relocate, taking their middle class jobs with them.

This is a critical moment in Bay Area history.

I hope we seize the moment and build. If we don’t, we can look forward to finger-pointing about who is to blame for the stalemate in urban planning as well as the gridlock in traffic.