A Profitable Flip on the Upper West Side 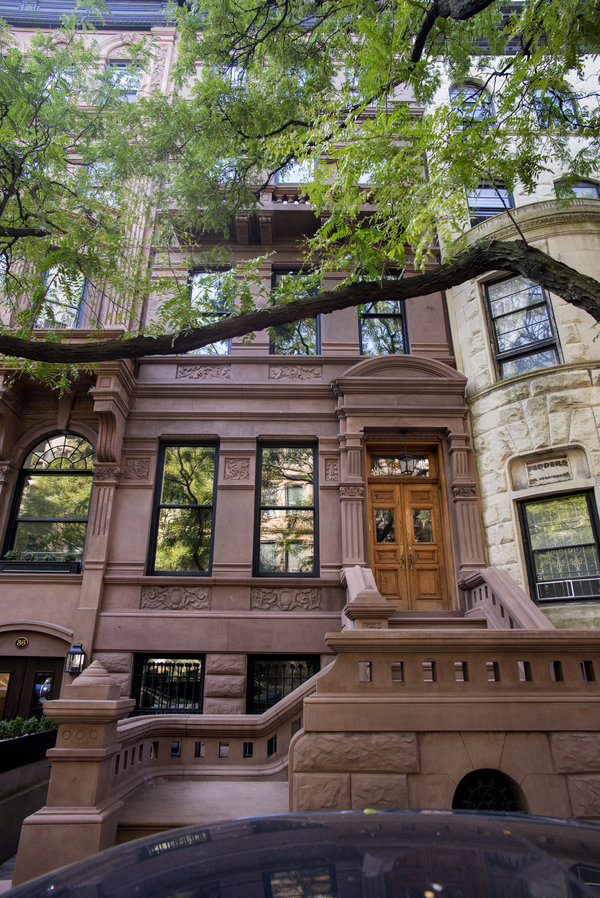 This is an interesting look at flips that we have written a lot about in the past year.  Most of our flip stories are about fixer upper opportunities, but this is yet another spin on the old method of buying low and selling after major rehab.  Some of our investors are doing this is San Francisco, but their criteria for purchase is different than here.

A fully renovated five-story townhouse on a tree-lined block on the Upper West Side, with an abundance of outdoor space and a quick stroll from Central Park, sold for $16,250,000 and was the most expensive closed sale of the week, according to city records.

The building at 38 West 87th Street, between Central Park West and Columbus Avenue, was converted from a 10-unit apartment house back to a single residence by Warren Malone, a real estate investor from Jupiter, Fla., and two other investors operating under the limited liability company PVP 38W87 Company. The partnership, which focuses on property on the Upper West Side, bought the house in December 2011 for $5.15 million.

“All the tenants had moved out when we purchased it,” Mr. Malone said, “then we gutted it completely and rebuilt from scratch.”

The Queen Anne-style townhouse, built around 1910 and just over 20 feet wide, was designed by the prolific architect Gilbert A. Schellenger. It now has 15 rooms, with six bedrooms and 10 baths, spread over 8,400 square feet of interior space connected by a grand staircase and an elevator.

Several prewar architectural flourishes can be found throughout the home, along with various modern amenities like radiant-heated floors; a seven-zone heating, ventilation and air-conditioning system; a wireless Sonos sound system; and a central vacuum.

The house also has 1,190 square feet of outdoor space that includes a rooftop deck with a 300-square-foot glass solarium, a backyard garden off the kitchen’s ground-floor breakfast nook and a fourth-floor bedroom terrace. The formal dining room on the parlor floor has a planting terrace as well.

Ryan Serhant and Vinny LaPuma of Nest Seekers International were the listing brokers, while Deborah Grubman of the Corcoran Group represented the buyer, identified as the Walter Williams Trust of Los Angeles. Mr. Malone said a confidentiality agreement prevented him from disclosing much about the purchaser, except to say that he was relocating to New York from California with his family.

The annual taxes on the house, which carried an $18 million asking price according to the listing, are $57,953.

One of the major selling points of the house, according to Mr. Serhant, is the 1,350-square-foot master suite, which encompasses the entire third floor and features a sitting room with a wet bar, two full marble-clad baths, three cedar walk-in closets and a fireplace, one of five in the home.

“It’s bigger than some people’s apartments,” Mr. Serhant said, adding, “It’s a master suite to be reckoned with.”

Among the other notable features of the building are a recreation room on the fifth floor and a fully finished basement that houses a laundry room, a gym and a wine cellar.

The runner-up last week, at $15.3 million, according to city records, was a full-floor apartment and storage unit at the Atalanta, a boutique condominium at 25 North Moore Street in TriBeCa. The monthly carrying charges for the residence, No. 16A, which had a $16 million asking price, are $13,462.

The apartment has 7,000 square feet of interior space that includes five bedrooms, five-and-a-half baths, two kitchens, a den/playroom and dining and living areas that encompass the entire length of the unit. An enormous master suite features a pass-through dressing area, two walk-in closets and an en-suite bath. There is also a private elevator landing.

The home has panoramic vistas of the East and Hudson Rivers, along with cityscape views that include the Empire State Building, the Chrysler Building and One World Trade Center.

Fredrik Eklund and John Gomes of Douglas Elliman Real Estate were the listing brokers for the seller, CPM Holdings LLC. The buyer was identified by the limited liability company JKD Realty II.